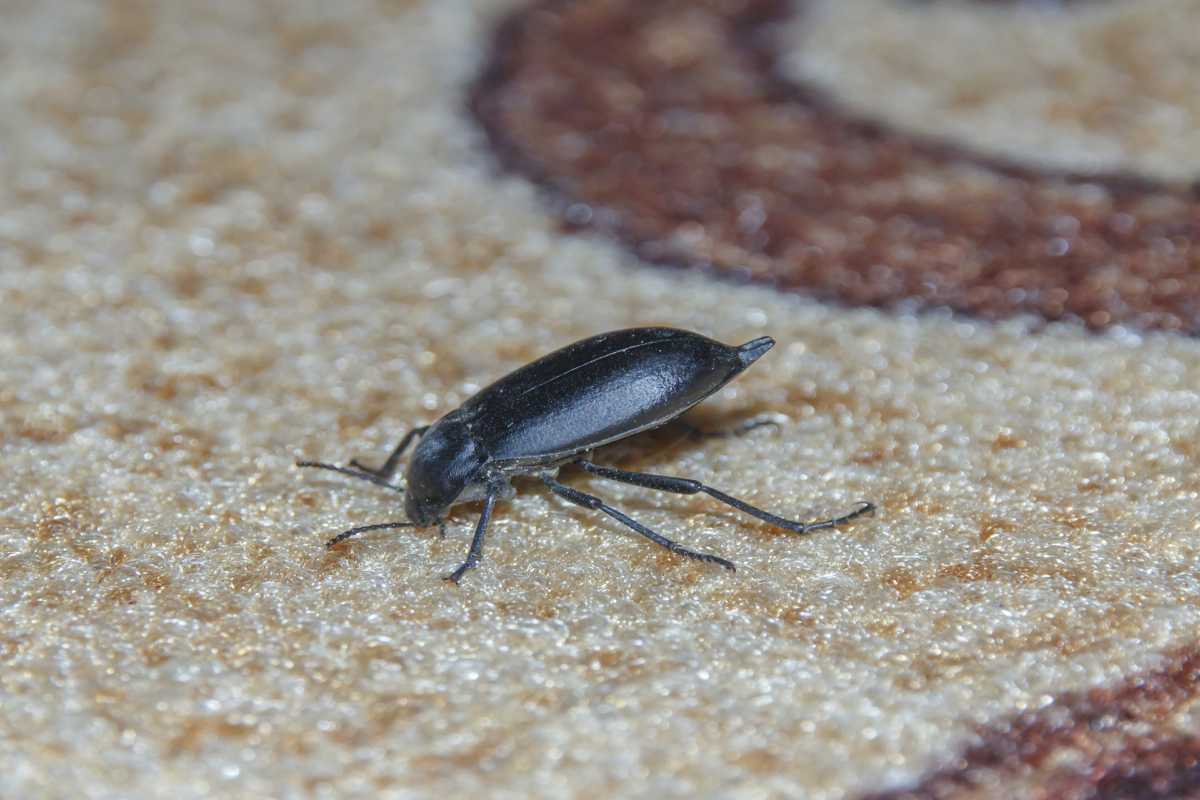 Signs Of Carpet Beetles In Your Home

An infestation of any pest in your home is an unpleasant and unsettling experience. It’s usually the best policy if you’re looking for a safe, effective, and discreet way to remove the infestation, to use a professional and accredited pest control company.

In this article, we look at the types of carpet beetles in the UK, the signs you may have a carpet beetle infestation, what the larvae look like, if carpet beetles bite and if so, what do the bites look like and how should they be treated.

There are several species of carpet beetle in the UK. The most common ones are the Varied Carpet Beetle, the Furniture Carpet Beetle, and the Black Carpet Beetle. The Varied Carpet Beetle is the only British species that is found in food stored products as well as in carpets and soft furnishings. Their appearance depends on their stage in life. Adults have dark brown to black shells and distinct oval shapes. Beetles grow quickly shedding their shells and skin as they grow and changing shapes and colours frequently. Despite this, they are hard to notice. Because they don’t fly, the damage to your clothing or carpets is often well underway before the problem is registered. Varied or variegated carpet beetles can be a variety of colours: orange, black, or with a white speckled appearance, and around 2 to 4mm long.

Are Carpet Beetles Common In The Uk?

The larvae (known as “woolly bears”) of these small, oval beetles have now taken over from the clothes moths as the major British textile pest so they are now regarded as a common pest in the UK with pest control companies reporting record numbers of calls from householders concerned, they may have an infestation.

Signs You May Have A Carpet Beetle Infestation

It could be several months into an infestation of carpet beetles before you notice any damage. It is the larvae from these eggs that do the damage. They are the real pests responsible for ruined furnishings, floor coverings, carpets, fur, textiles, leather, and animal matter including pet hair and dead flesh. The adult beetles reside outdoors, where they can find organic food sources and a mate. Their babies – the larvae are usually hatched indoors in dark crevices and hard-to-find areas in your home. They feed on feathers, fur, hair, wool, and fabric and tend to wander along the pipes from roofs into airing cupboards – which house the clothes and blankets – which provide ample food supplies. And so, begins the journey of devastating your soft furnishings from blankets to carpets and cushions. Carpet beetle damage consists of well-defined round holes along the seams of the fabric where the grubs have bitten through the thread.

If you believe you may have an infestation of carpet beetle and want to see if you can get rid of them yourself, here are some useful tips.

Young larvae resemble millipedes. Carpet beetle larvae have long, round bodies and are red-tinted or light brown. Some species have short hair. Others have distinctive tufts of fur growing from their backsides. The larval form of the carpet beetle is also known as the “woolly bear” due to the tufts of hair around its cylindrical caterpillar-like body. Spiky hairs can cause intense irritation to those with sensitive skin.

No, carpet beetles do not bite. However, the larvae have small, hair-like bristles on their skin. It is these bristles which if they come into contact with human skin can cause minor or severe irritation. This can range from a small rash or large patches of the skin covered in an angry-looking rash. Prolonged exposure to the larvae and an incorrect diagnosis of the rash can cause ongoing suffering. The allergic reaction can include red, itchy watery eyes and sneezing.

Because carpet beetles do not bite, you are likely to see an angry-looking red rash which resembles an allergic reaction (dermatitis) including small clusters of red welts on the limbs that have been bitten or a widespread ‘joined up’ rash. It depends on the person’s reaction to the rash and the degree of exposure to the larvae. For example, wearing a clothes item with live larvae for several hours is likely to lead to a widespread rash on all the areas of skin that the larvae have encountered. Young children are especially susceptible to being affected by carpet beetles simply because they spend much of their time on the carpet playing. So, look out for unexplained rashes on their skin. People vary in their reaction to carpet beetles so whilst this information is helpful much depends on how the person reacts, what they react to, and how long they are exposed to the carpet beetle larvae before it is recognised.

How To Treat Irritation?

We recommend that you always consult your GP if you or a member of your family have any of the symptoms outlined above or you cannot explain the cause of a skin rash. This is because you can misdiagnose the cause and, we are not physicians! Many people immediately assume bedbugs are behind their irritating rash when in fact it is carpet beetles. Over-the-counter steroid creams and antihistamines can help bring a rash under control or eradicate it. But again, speak to the pharmacist before self-diagnosing. Be aware though that if the carpet beetle infestation is not treated professionally the symptoms are likely to return. So treating the infestation should be undertaken at the same time as treating the physical symptoms if the circle is not to repeat itself.

A company you can Trust